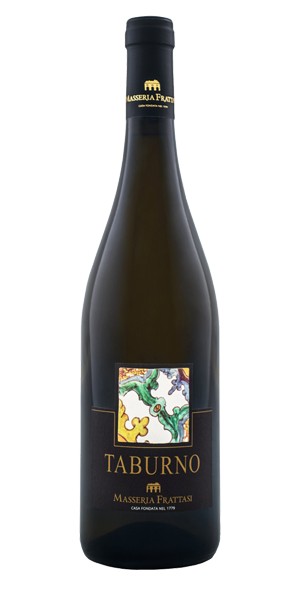 Along with the red grape Aglianico, Falanghina is believed to be Campania’s oldest variety, reportedly of Greek origin and loved by the Romans. Falanghina is indeed thought by some to have been used to make the brownish wine Falernum, antiquity’s greatest and most appreciated wine. It is primarily cultivated in the Campania region of Southern Italy. Its name is thought to derive from the Latin word “falangae” (phalanx) which means stake or pole. The Romans probably referred to the Greek method of growing this grape by training the vines to poles.

The Falanghina Beneventana is thought to have originated in Bonea, a village on the foothill of the Monte Taburno (not far from the town of Benevento) that borders with the village of Montesarchio, home of Masseria Frattasi. They still grow in their vineyards two local biotypes of Falanghina – Falanghina di Bonea and Falanghina di Montesarchio – which survived the Phylloxera epidemic that in the late 19th century destroyed most of the vineyards for wine grapes in Europe. Falanghina grapes find their optimal environment on the slopes on the Mount Taburno and perform very well on volcanic soils.

Falanghina Taburno is made with 100% grapes of forty-five old Falanghina grown in the village of Montesarchio on clay and calcareous soil of volcanic origin between 300 and 480 meters above sea level. The vines are still managed using the old pruning system “a raggiera” quite popular at the end of the 19th century in Campania where vines are trained overhead on wires like the spokes of a wheel.

Works well with all manner of seafood and rich fish dishes.