The Conegliano Valdobbiadene production area is located in the Veneto region, between the ancient splendor of Venice and the auster beauty of the Dolomites, the foothills of the Alps. It was awarded UNESCO World Heritage status in 2019. A unique landscape, characterised by a series of hills that run east-west shaped over the centuries by winemakers with enourmous passion. This is a beautiful part of Italy, where charming villages sit on green hills covered with vineyards. The Dolomite Mountains protect the vineyards from cold winds blowing from the north and the Venice lagoon on the south further mitigate the climate thanks to warm breezes.

In 2005, Adriano and Emanuela Gurian decided to look after some Prosecco vineyards on the rolling hills between the two villages of Conegliano and Valdobbiaddene, in the municipality of the village of Susenaga which is one of the 15 communes that make up the denomination Conegliano Valdobbiadene Prosecco Superiore DOCG. The Conegliano Valdobbiadene area is split in two parts by the Soligo River: a western and a eastern subzone. Col di Rocca is a young, family estate of just 11 hectares located in the eastern subzone only ten miles west of the village of Conegliano. South-facing vineyards planted on gently sloping hills with soil deriving from the moviment of glaciers. Clay and highly calcareous soils, with marls mingled with conglomerates and gravels. The grapes matured in this soil are normally richer in sugar compared to the other subzones. The soil pushes the grapes to ripen earlier and they are usually harvested in the first half of September. The Proseccos are full bodied, very intense on the nose with scents of ripe fruit and a mineral touch.

The DOCG Conegliano Valdobbiaddene stands at the top of the pyramid of quality of Prosecco. This is the area where the greatest Proseccos are made. For once, the Italian DOC/DOCG system actually works: the DOCG wines are the best as they should be. Conegliano Valdobbiadene Prosecco Superiore may be enjoyed in Extra Brut, Brut, Extra Dry and Dry versions, classified according to their level of residual sugar. 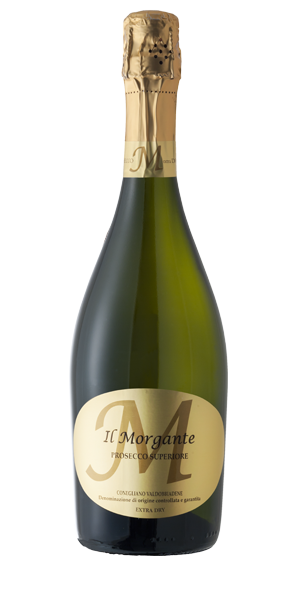